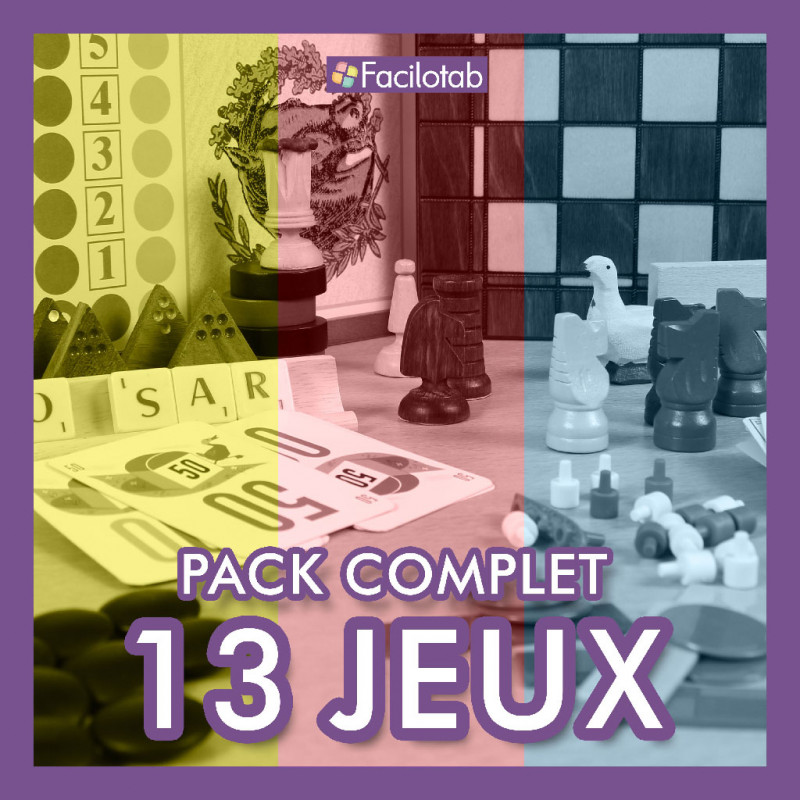 13 games for the Facilotab tablet. Games of memory, skill, speed, logic, French geography... These games are well suited to the Facilotab interface. Some are very simple, others more sophisticated to meet everyone's expectations.

Proverbia : Reform proverbs by putting the words in the correct order. You can increase or decrease the level of difficulty by choosing the number of words to replace.

Challenge : Take a good look at the letters drawn at random, and try to form words of 3 or more letters. The longer the words found, the more points you earn.

Darpion : First choose the grid on which you want to play. Then select your opponent: the tablet or another player next to you. Be the first of the two to align 5 of his pawns.

Broken Words : Find the 2 parts of the same word as quickly as possible by touching the 1st part then the 2nd.

Imagine : Test your speed by finding the names of the objects represented in the images as quickly as possible. To associate them, touch the requested word then touch the image following or vice versa.

Familiduo : A memory game. Find the pairs of related objects.

Completo : Find the missing words of the poems.

Reflexo : Test your speed by finding the image corresponding to the indicated word as quickly as possible.

Solitaire : Replenish 4 piles of cards in each suit, from king to ace, from 7 columns of upturned cards. The best known card game.

Geoquiz Departments : Find the departments of metropolitan France, from the name or number.

Geoquiz Regions : Find the new regions of metropolitan France, from the name or the flag. 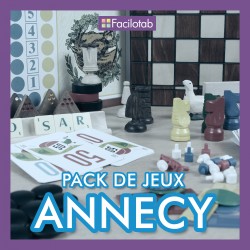 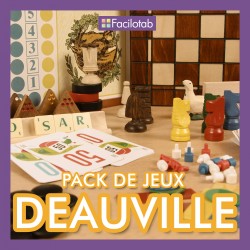 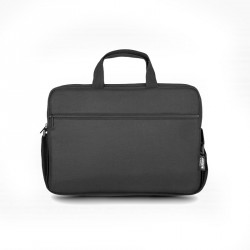 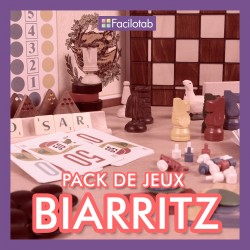